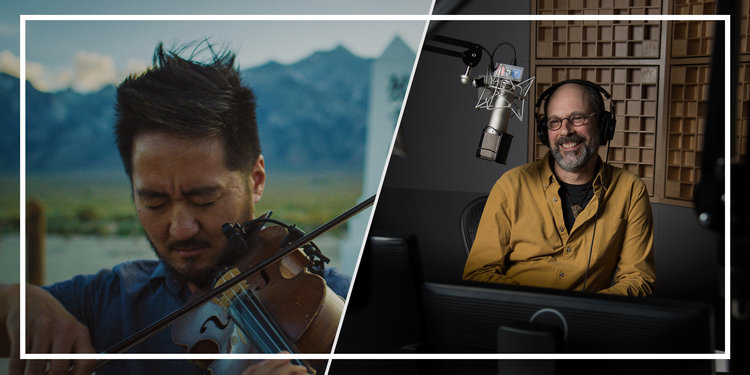 Imagine being forced from your home. Imagine being sent to a prison camp with no trial, and no promise of release. Imagine all this happened simply because of the language you speak, the shade of your skin, or the roots of your family tree. For over 120,000 Japanese-Americans this was a reality during World War II. It’s a reality that Kishi Bashi seeks to reckon with on his latest release Omoiyari.

Omoiyari is Kishi Bashi’s fourth album — following the acclaimed 151a (2012), Lighght (2014), and Sonderlust (2016), which have garnered serious acclaim from outlets including NPR Music, The Wall Street Journal, and The Guardian — and his most important yet. Many of the songs were initially inspired by history and oppression, and he deftly weaves tales of love, loss, and wanting to connect listeners to the past. Channeling the hard-learned lessons of history, Omoiyari is an uncompromising musical statement on the turbulent sociopolitical atmosphere of present-day America.

“I didn’t want this project to be about history, but rather the importance of history, and the lessons we can learn,” Kishi Bashi reflects. “I gravitated toward themes of empathy, compassion, and understanding as a way to overcome fear and intolerance. But I had trouble finding an English title for the piece. Omoiyari is a Japanese word. It doesn’t necessarily translate as empathy, but it refers to the idea of creating compassion towards other people by thinking about them. I think the idea of omoiyari is the single biggest thing that can help us overcome aggression and conflict.”

Join us for an intimate talk between Bob Boilen and Kishi Bashi as he performs songs from his upcoming album and shares images from the Song film that shares the same name.